The prevalence of dengue fever poses a global health issue, with the World Health Organization (WHO) estimating that half the world’s population are now at risk from the mosquito-borne viral infection. The WHO says it has seen an eight fold increase in reported cases over the last two decades, from 505,430 cases in 2000, to over 2.4 million in 2010, and 4.2 million in 2019.

The key to controlling dengue is costly surveillance and control of the mosquitos that spread the disease, and forecasting outbreaks can contribute greatly to the distribution of scarce resources. Better forecasting equals better management and, the hope is, fewer cases in the long term. Predicting outbreaks also allows more targeted support to help local communities reduce mosquitos through a range of simple measures such as improving water storage and waste management, as well as personal protection such as mosquito coils.

Funded by the UK Space Agency and developed by a consortium led by HR Wallingford, the state-of-the-art Dengue Model forecasting Satellite-based System (D-MOSS) forecasts outbreaks six months in advance and is the first functional system that uses EO data, in-situ observations and seasonal climate forecasts to issue forecasts on a regular basis. A prototype D-MOSS system is operating in Vietnam and, owing to the success of the trial there, it is now being implemented in Malaysia and Sri Lanka, and rollouts are planned in four other Asian countries.

Based on the latest epidemiological research, hydro-meteorology and informatics, D-MOSS is designed to overcome the practical challenges of forecasting mosquito-borne diseases. For instance, it takes into account how temperature influences mosquito development; reproduction rates; mosquito distribution; how rainfall creates or destroys breeding sites; land use; and mosquito control measures.

By collecting 20-year histories of satellite-based EOs from services including NASA DAAC, Copernicus and NOAA CFSv2, D-MOSS is able to establish the relationship between these factors and dengue. Gaps in the satellite data are filled using interpolation and comparison to in-situ observations from ground stations, which create a ‘big data’ repository of hydro-meteorological, land cover and population variables. These include maximum and minimum temperature, precipitation, soil moisture, urban and peri-urban area percentages, and population totals. Designed using an advanced information architecture based around the spatio-temporal structure of each dataset, the system calculates data for every Vietnamese province by harmonising the datasets into a timeseries set of polygons taken from the province boundaries, referred to as a MultiPolygonSeries.

At the start of the forecasting process, a water availability model is used to generate a set of parameters representing the amount of water present in the earth surface environment (such as total runoff and evapotranspiration). After this, the relationships between the hydro-meteorological variables and the numbers of cases of dengue fever are created by a statistical superensemble, generated by Bayesian model averaging. This process is repeated monthly or weekly as new data arrives from satellites and as new cases of dengue fever are reported.

To produce forecasts, D-MOSS incorporates the UK Met Office GloSea5 six-month seasonal forecast of hydro-meteorological variables to predict outbreaks. Forecasts are displayed on a private website using interactive maps, charts and tables and, to make the results relevant to policy makers and practitioners, they are presented as the probability that cases will exceed thresholds set by organisations such as the WHO.

Harnessing the power of geospatial innovation was instrumental in creating an accurate forecasting system that can be rolled out around the world.

To ensure the usefulness and long-term usability of D-MOSS, a complete and accurate picture needs to be built and kept up to date. Key is access to high quality satellite EO data from sensors, such as MODIS, that have up to 1km resolution, are available for free, allow automated collection, cover of the whole of Vietnam and have a daily re-visit frequency. Further data product developments will only make D-MOSS even more accurate over the coming years.

The system also depends on much improved seasonal meteorological forecasts and benefits from their continual enhancements. Analysis over a long period of time has revealed consistent biases in different places and at different times of the year and, to account for this, D-MOSS incorporates an advanced bias correction algorithm, which refers to historical hindcast data from the GloSea5 model. El Niño also has a proven effect on outbreaks of dengue fever around the world and, for Vietnam, the D-MOSS team statistically confirmed this link and included the El Niño index in the set of variables. And there may be other factors at play too. For instance, the team are currently investigating possible links between dengue fever and the Indian Ocean Dipole phenomenon.

Due to its component-based architecture, D-MOSS can be implemented from local to national scales around the world, and can also be easily extended to incorporate new EO data when new satellites are launched as well as new links with other social and environmental factors.

Whilst the technical accomplishments of this project are many, the most important achievement is that D-MOSS works for its users, especially with authorities in Vietnam beginning to use the forecasts to make important decisions. Testimony from local health officials is now coming in thick and fast, with some even able to link using the system with a lowered death rate. For instance, Dr Pham Ngoc Thanh, Deputy Director of the epidemiology department, Tay Nguyen Institute of Hygiene and Epidemiology, said: “D-MOSS is helping bridge the gap between early warning and early action” “Using D-MOSS has…helped reduce the number of dengue cases and mortality rate”.

The potential of D-MOSS is huge. In its current form it could help over three billion people, but, in the future, it could easily be extended to zika and even to malaria, so perhaps it’s not surprising that the UNDP has hailed it a flagship project. EO is in its infancy and computing capabilities are on a sharp upwards curve, but D-MOSS is able to adapt and hone new data, so it’s not inconceivable that the landscape of vector-borne disease prevention could look very different in the not-too-distant future. But, in the short term, if this system goes some way to reducing the ever-increasing death toll from dengue, it will be a job well done.

This article first appeared in GeoConnexion. 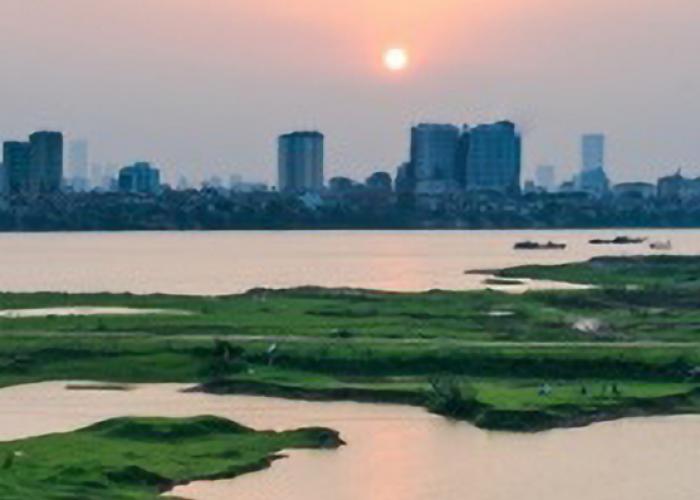 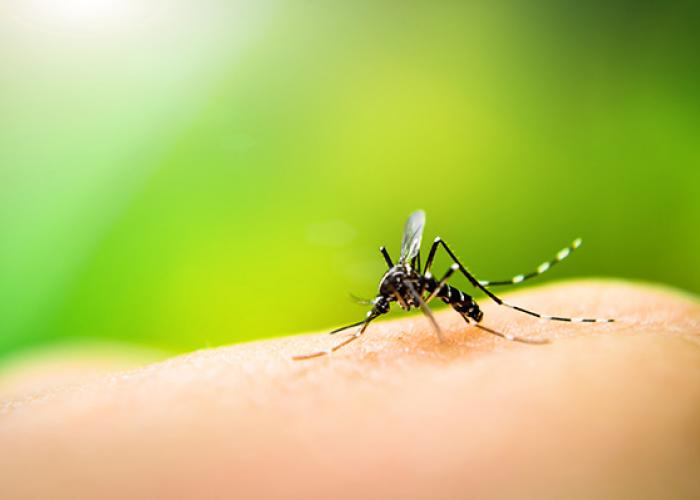