As climate change tightens its grip, flooding seems increasingly unstoppable. Certainly, flooding will be a problem communities face far in to the future and more and more people will be affected. But, whilst the outlook may seem grim, those working in flood management have been working hard behind the scenes to rise to the challenge, as Emma Brown explains.

There’s no doubt the world’s climate is changing and this is not only leading to more severe floods, but the kinds of floods we’re seeing are changing too. It’s well documented that climate change is causing an increase in extreme weather, such as hurricanes, and these can cause absolute devastation, but there are other new and less obvious types of flooding. Rivers can get blocked by melting ice flows, glacial lakes melt without warning, heavy rainfall causes deadly mudslides to wipe out entire villages and sea level rise is putting coastal communities, including some of the world’s major cities, at risk of becoming untenable.

Too often flooding hits the world’s most vulnerable people, destroying their homes and livelihoods and leaving those left behind without access to drinking water or other basic services. But take a look at floods in Germany, China and New York this year and it’s obvious major flooding is seriously disrupting some of the world’s wealthiest societies as well.

The breadth of the problem means that flooding experts have to think about how to help a huge variety of different communities with different needs and, sadly, different budgets. But we are getting there.

Solutions are coming from what might seem to be diametrically opposed places. The first is to use the latest technology and techniques, including imagery from space, to predict where, when and how flooding will happen, which we call ’flood forecasting’. The second is to manage the problem by working with nature, which we call ‘nature-based solutions’.

Both are a very long way from the days when the solution to flooding was to build big concrete structures in an effort try and hold back the waters. In this new climate, the problem is just too widespread for hard engineering solutions alone. In fact, sometimes they can even make the problem worse for others who are not protected by concrete walls and are often just too expensive. That’s not to say that big engineering isn’t useful in certain scenarios – the Thames Barrier springs to mind – but a major shift in the industry is to helping communities to live with flooding and to place more of an emphasis on looking after our precious natural systems.

There is also the issue of education. Many communities are facing flooding for the first time and have little idea how to protect themselves. Here at HR Wallingford, we liken flooding to fire in the last century. Back then very few people had a smoke alarm in their houses, whereas now it would be unthinkable to be without one. Granted, that’s a very western perspective, but there are plenty of things that communities across the globe can do to prepare themselves for what is going to be a very rough ride in the centuries to come.

There will be more about education later, but for now let’s return to flood forecasting and nature-based solutions. What are they and how can they help? 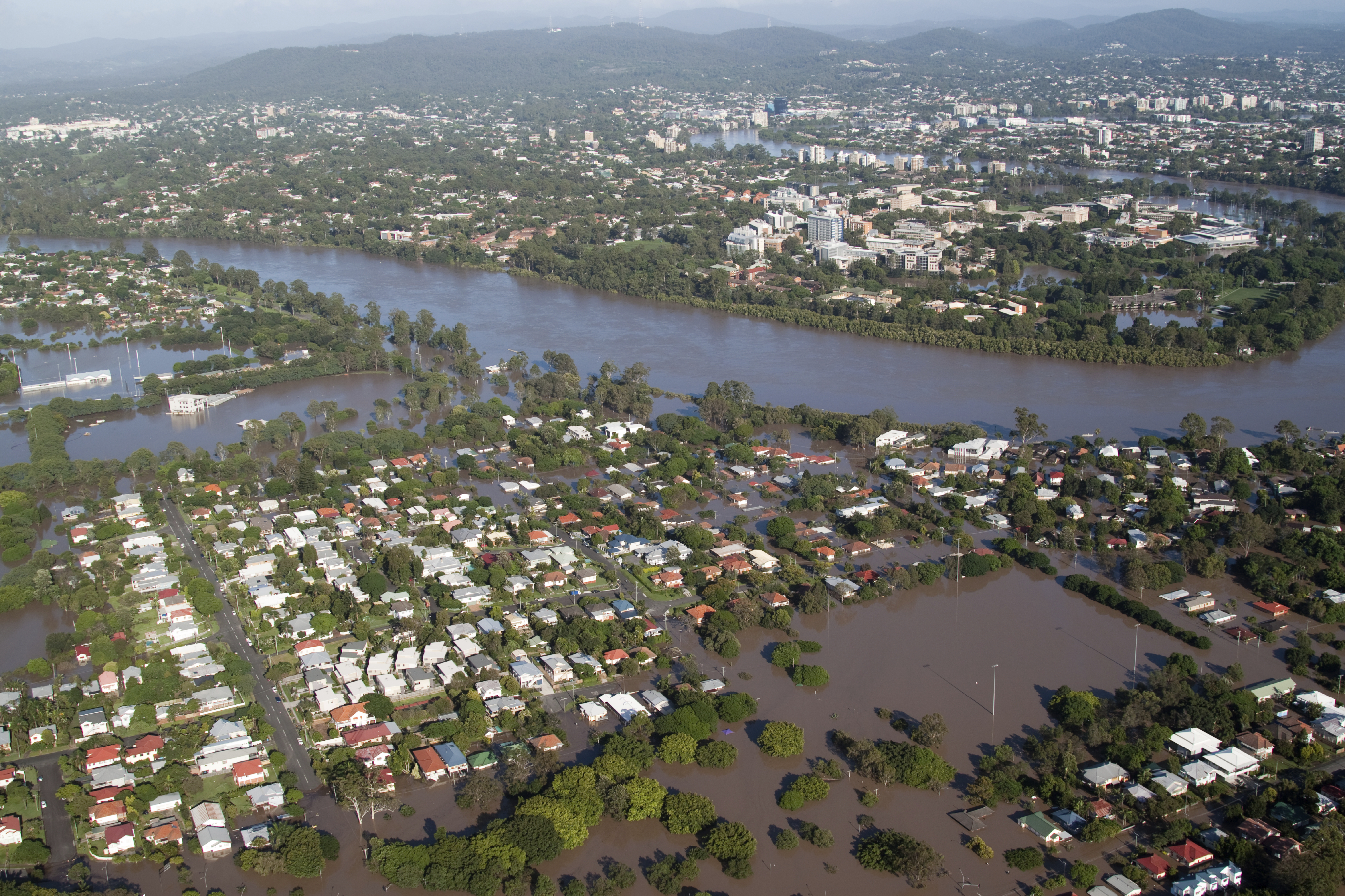 Flood forecasts take weather forecasts and translates them to show how flooding is likely to look on the ground. This can be done in a number of ways for river and coastal flooding as well as mudslides, but, essentially, the forecasts use complex numerical models, to work out when and where flooding will happen and how bad it will be.

Whilst many developed nations have had access to flood forecasting for some time, an increase in computing power has made it possible to create systems for vulnerable populations worldwide. For instance, we’re helping to create flood forecasts for hurricanes, typhoons and cyclones for the foreign office (FCDO), alongside a number of partners including Reading University. As extreme weather events form and head to land, the team produces forecasts, which are turned into a report. The FCDO can then let local authorities, emergency services and NGOs know where is going to affected, so that they can move people out of harm’s way, as well as knowing where to target their emergency responses.

Malaysia is also a trailblazer in this area. With its harsh tropical environment and increasingly urban population, the country has a high flood risk. Now, with our help, a national flood forecasting and warning system is being built for every river catchment in the country. It’s an amazing achievement and is the first time such a system has been used in an emerging economy in this kind of environment. The initial part of the project is now complete and helping to protect some really remote communities, all from a control room in Kuala Lumpur.

The use of space technology is possibly the most exciting development in this area and international space agencies and other organisations are just starting to unlock its power. It means we can now look in detail at many more affected regions, where gauging stations are not available to tell us what is happening locally, and even forecast the impact on infrastructure and agriculture from flooding. In fact, HR Wallingford has recently led two projects in India to do just that; one for the UK Space Agency and one for the Met Office. 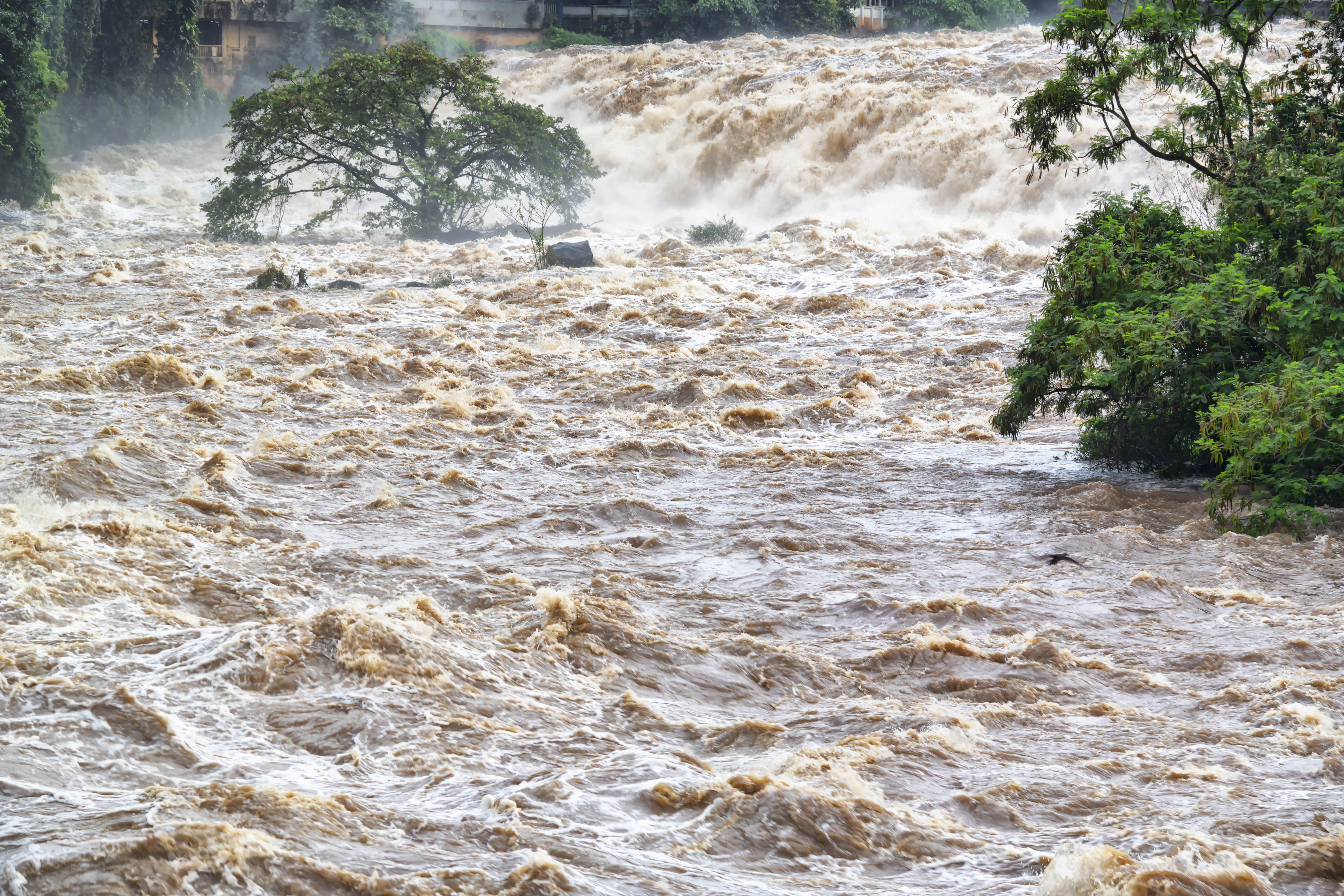 Humans have been altering our landscape for millennia, which has led to loss of our forests to construction and agriculture on a huge scale – a change that has often made flooding worse. The traditional approach has been to build our way out of the problem. Flood barrages, sea walls and reservoirs have been the preferred solution for centuries. But now there is a real movement to work with nature, rather than against it, not least because creating holistic solutions can benefit everyone in the community, not just a selected few who have engineered flood protection.

In fact using natural flood management to hold water back has also been around for millennia. People have shovelled earth, planted trees, and animals like beavers have played their part by damming watercourses too.

The solutions are still much the same. We build bunds to create water storage areas, dam streams with tree trunks, plant trees and put natural drainage back into our urban areas. The difference is that flood modellers and engineers are now able to apply sophisticated and cutting-edge techniques to ensure that natural flood management holds back the water more effectively. These methods are still very new, but they are being developed into standard tools that will allow more and more communities to be cost-effectively protected by measures that are good for both people and the planet.

The same principals also hold true all over the world. For instance, in the tropics, planting mangrove forests is an extremely effective way of taking the power out of storm surges and stopping sea water inundating the land. Of course, planting more trees is also good for taking carbon dioxide out of the atmosphere and creating new habitats for wildlife. So, nature based solutions really are a win-win solution.

Coming back to education, there is a huge job to do to help people understand their flood risk and what to do about it. In the UK, many householders and businesses are experiencing flooding for the first time or seeing what was once a rare problem becoming part of their everyday lives. However, often those affected don’t know that new technologies like flood doors and barriers, and even floating houses, are becoming increasingly sophisticated.

Now, funding is helping people to understand how to protect themselves from flooding, as well as bringing communities together to manage their flood problems. Initiatives like the Property Flood Resilience Pathfinder are helping local governments to educate homeowners on how to protect their properties as well as themselves.

Here at HR Wallingford, we’re building a new Pathfinder visitor’s centre, where the public can come and learn about preventative measures like flood doors and barriers, but also how to clean up if they have been flooded. We’re also hoping to showcase flood resilient buildings that can stand up to flooding.

There’s no doubt that the outlook for flooding is dire, but in a crisis, science and engineering has so often been at its best. All over the world amazing work is going on, with innovators coming together to realise pioneering and, in some cases, truly inspirational, solutions. Little by little, we are rising to the challenge of protecting our vulnerable communities whilst we get the planet back on its feet. 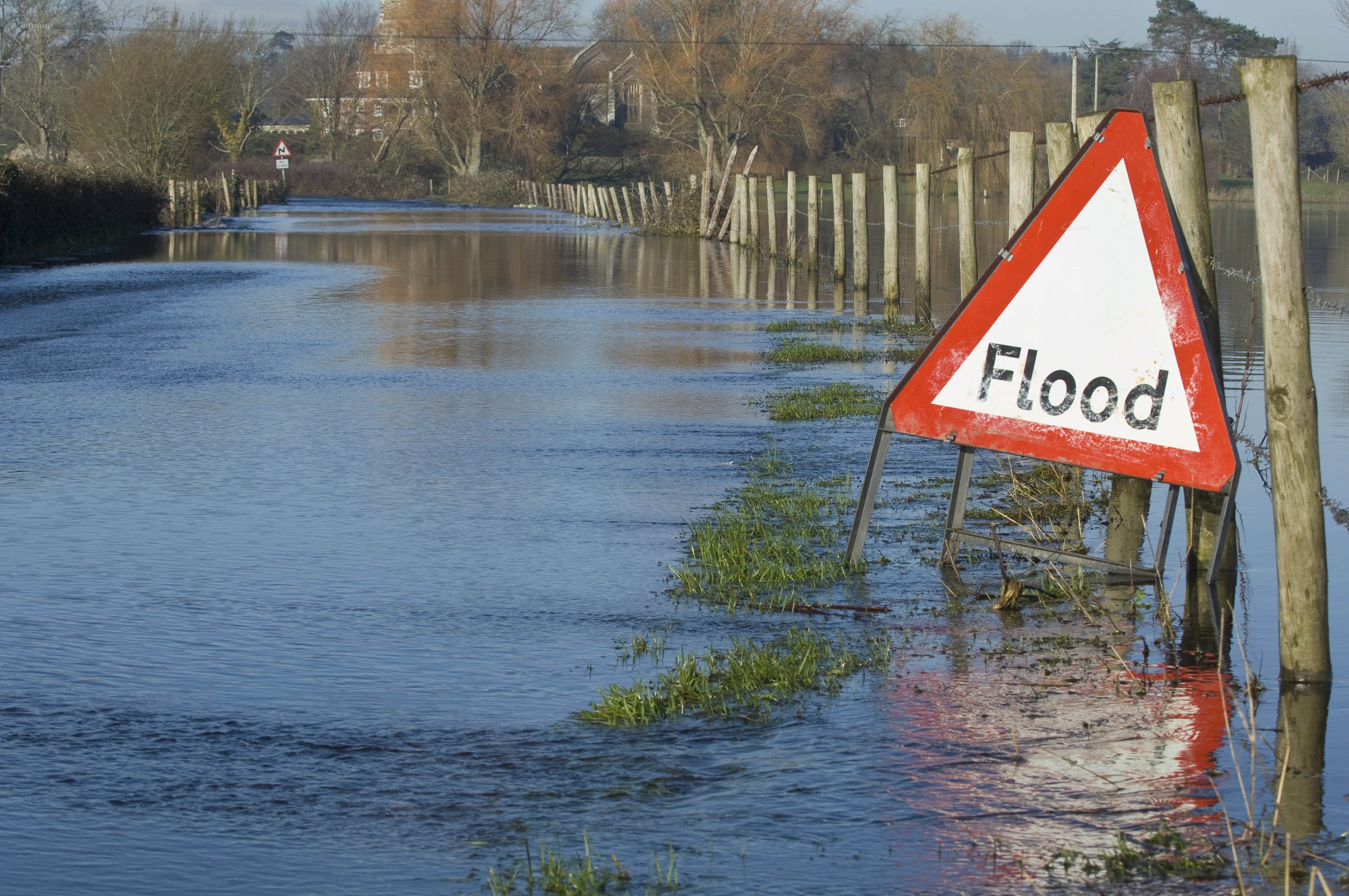 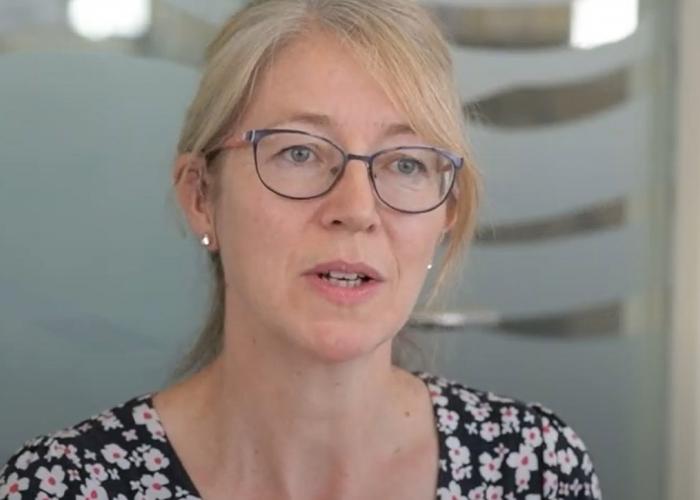 Flooding: rising to the challenge 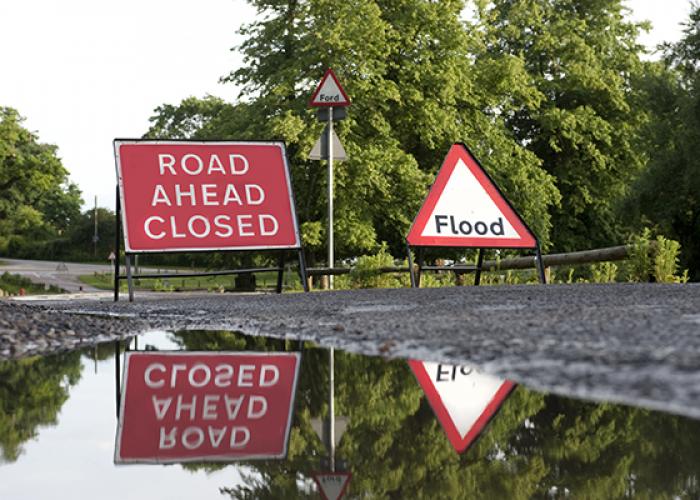 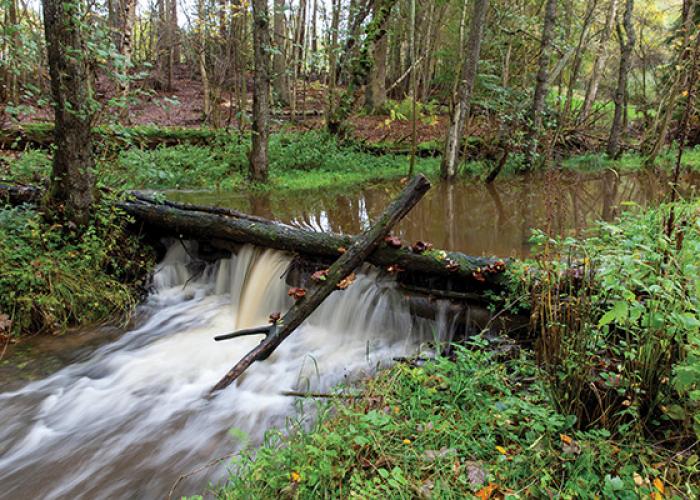 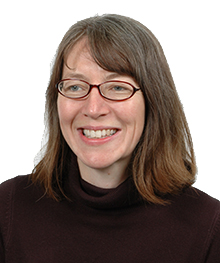