HR Wallingford has come a long way in the last 70 years. Progressing from our origins in 1947 in Teddington, as a Government Laboratory, and through our privatisation in 1982, we now work globally for a wide range of public and private sector clients, providing leading-edge solutions to problems across civil engineering and environmental hydraulics.

From HRO to HR Wallingford

HR Wallingford began with the creation of the Hydraulics Research Organisation (of the Department of Scientific and Industrial Research) in 1947.

The HRO was founded following a request from the Institution of Civil Engineers, and Sir Claude Inglis, former Director of the Poona Research Station, India, was appointed as its Director.

From 1947 until 1951, the organisation was located in cramped and temporary accommodation at the National Physical Laboratory in Teddington, while the new research station was being planned and built on a 70 acre site at Howbery Park, Wallingford - then in Berkshire, but now falling within Oxfordshire's boundaries. The Hydraulics Research Station was established at Howbery Park in 1951, and was fully operational on the Wallingford site from the summer of 1952.

How we became HR Wallingford

Initially, most of the work was carried out in the open air, as covered modelling halls had not yet been built. The open air facilities included two large wave basins - each measured 80 ft x 125 ft, equipped with wave makers and two experimental flumes which were 5 ft and 12 ft wide respectively and around 350 ft long. From the outset, the wave basins were used to model harbours, and for loose-boundary studies of the formation, development and protection of beaches.  The flumes were used for basic research into alluvial channels.

The first indoor wave basin was housed in a temporary concrete shed.  Measuring 54 ft long and 10 ft wide, this basin was used for the study of breakwaters, as well as  investigating the rate of drift of water particles in waves of different depths. A number of experimental flumes were also housed in temporary buildings at this time.

From 1955, a permanent modelling hall, initially 300 ft x 200 ft, was made available for the construction of hydraulic models.  With its open area unobstructed, as it had only two columns to support the roof, and equipped with water storage and drainage below floor level, electric power and lighting, transport gantries, and with the addition of photographic facilities at ceiling level, the facilities were state-of-the-art for the time.

Even in those early days, around three quarters of the work carried out at the Hydraulics Research Organisation was applied research which included the study of turbulence below falls and sluices, the prevention and reduction of flooding, the improvement of shipping channels in ports and estuaries, the damping of waves entering harbour and river mouths, and the control or slowing of coastal erosion resulting from waves and tidal currents.  Work was carried out for government departments, river boards, port authorities, local authorities and consulting engineers.  The organisation also undertook work for members of the Commonwealth and other countries around the world.

In November 1956, the Queen visited the Station and was given a guided tour by Sir Claude to see the models and equipment.  At around this time, new instruments and equipment were developed to meet the needs of the work being undertaken.  This included a miniature velocity meter, wave and tide generators and recorders, and the electronic control of models. A 32 ft boat was equipped to carry out coastal surveys, and new techniques were devised to indicate  the movement of bed material, using radioactive and fluorescent tracers.

The project list from 1957 gives an idea of the type of work being undertaken, when some of the major projects included: an investigation of the deterioration of the upper estuary of the Mersey; the stabilisation and deepening of the shipping channel at the port of Chittagong in the Bay of Bengal; and a study of the tidal Trent in a rigid-bed model, testing methods of protection against river and tidal flooding. Projects related to the action of waves also included testing the design for a new harbour at Tema on the Gold Coast, the testing of a model of a new sea wall for the Lincolnshire bank of the outer Humber, while in a 1:40 scale model equipped with pneumatic wave generators, studies were being carried out on the formation of a sand bar across the entrance to Eyemouth Harbour in Berwickshire. The investigation of river problems and hydraulic structures also featured largely in the organisation's programme of applied research and experiments.

The application of computer power proved a significant development when, in 1969, mainframe computers were introduced which could be employed to process data collected from field surveys and models, and used to undertake small computations.  The ability to process data facilitated the development of numerical models.

The Hydraulics Research Organisation also pioneered in sediment research. Scientists worked with a tilting flume leading to the development of the Ackers-White sediment transport formula in 1973.  Researchers led the way with in-situ sediment analysis, using the Sand Flux Frame and the Owen Silt Settling Tube.

One of the company's longest running studies has been on the Thames Barrier. Following the East Coast Floods of 1953, often described as the worst national peacetime disaster to hit the UK, survey teams were sent to inspect the damage on the East Coast, and a small model of the Thames was used for a preliminary study of flood protection in London and on the estuary. The effect of a surge-reducing barrage was tested on behalf of the Waverley Committee, and this model became the forerunner of a larger model built to study the same problem years later. Starting in 1968, the Hydraulics Research Station was commissioned to undertake studies to predict how the construction and operation of a barrier at different sites would affect river levels, tidal currents and siltation in the Thames.

Many other computer, physical modelling, monitoring and laboratory studies were carried out to refine the barrier plan in the 1970s leading to the Thames Barrier becoming operational in 1984.  Today, HR Wallingford is again supporting the largest infrastructure project on the tidal River Thames; the development of the Thames Tideway Tunnel (also known as the Supersewer), a major new sewer urgently needed to reduce the impacts of overflows from London’s sewers into the tidal River Thames. The company's scientists been helping the project team understand the effects the potential construction work and the completed project could have on the river’s hydrodynamic, sediment and morphological regimes, using a comprehensive programme of fluvial numerical and physical modelling and assessment.

1979 saw the introduction of the Short Crested Sea Basin - the first basin enabling a real sea to be modelled over a large area.  This was a significant development in that it allowed the behaviour of offshore structures to be studied under realistic environmental conditions in the laboratory.

Then in 1991, the  organisation changed its name to HR Wallingford Limited, and in 1993, the HR Wallingford Group Ltd was formed, a group of wholly owned and joint venture companies.   In 2007, HR Wallingford acquired Dredging Research Ltd.

In 2019, we acquired the Marine Hydrodynamics division of Manchester-based Cussons Technology. Combining Cussons’ expertise in force measurement with HR Wallingford’s expertise in wave generation and measurement brings a comprehensive range of instruments and technology together for the benefit of the coastal and marine research community.

In 2020, we expanded our Australia Ship Simulation Centre in Perth, making it one of the largest ship simulation centres in Australia, 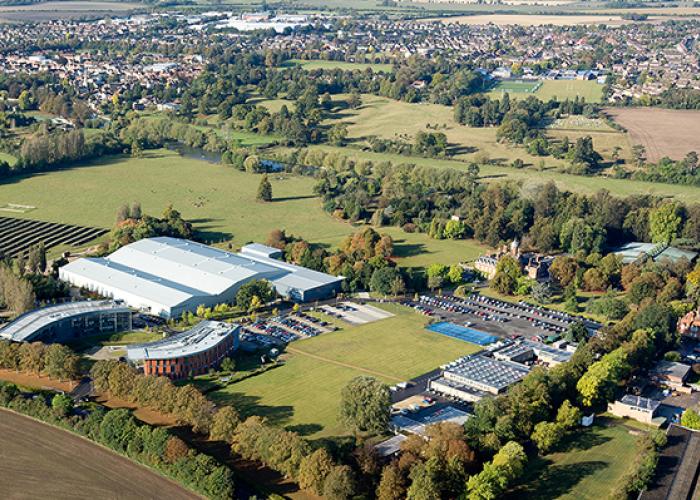 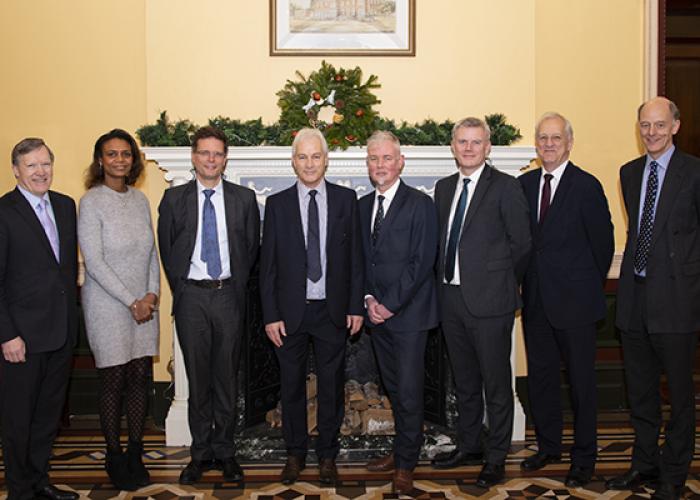