The sophistication of ship simulators has shot up over the last 30 years, increasing their contribution to safe navigation in ports. Simulators have many uses and benefits beyond the training of new marine pilots and tug masters, and are set to develop further, as  Dr Mark McBride explains.

In a similar way to how the look and feel of computer games has transformed over the last 30 years, the graphics on ship navigation simulators have become much more realistic. Both sectors have benefited from advances in computer-generated imagery (CGI) and the expansion in size and definition of screens, made possible by the mushrooming of computing power.

Rocketing processing power has also made a huge difference to the modelling behind the display screens as computers handle ever increasing amounts of data. As a result, scientists can build ever more accurate models of ships, ports, and environmental conditions including current and flows – all necessary for realistic simulations of navigation scenarios.

The higher quality of simulation, combined with the bespoke facilities designed for pilotage, have been key to the success and acceptance of simulation as a training tool. If tug masters or marine pilots are trying out a simulation of a new tug or ship in a port that they know well, their confidence will be boosted by seeing that a simulator correctly replicates existing navigation conditions and the layout of the port.

The complexity of modelling in two images

Two images that show the complexity of the visual modelling and the work that goes into the background.

The wireframe and rendered visual scenes 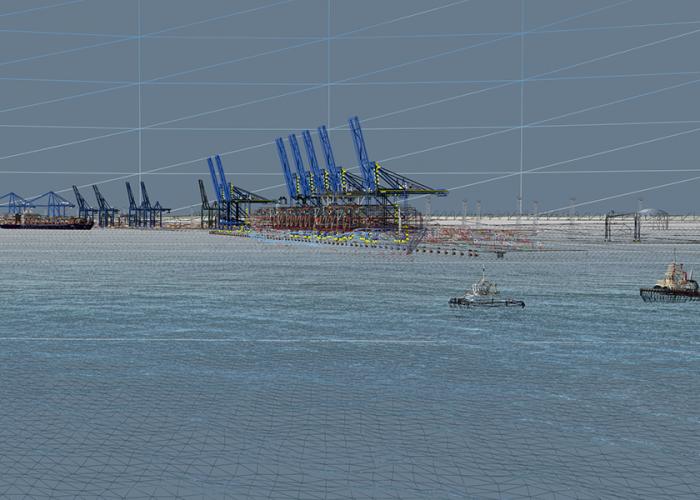 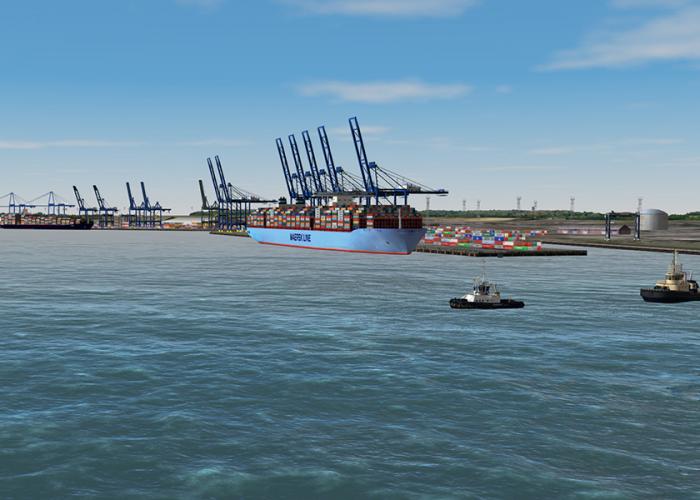 Simulators are now widely used in tug master and pilot training – for new starter training, learning certain manoeuvring techniques, and moving up class and refresher courses. Simulators can accelerate training programmes by creating weather conditions, such as storms, which otherwise may not occur regularly. Pilots can practice high risk manoeuvres in tricky areas, such as navigating into a difficult berth, to gain confidence and reduce the risk of accidents when trying it out for real.

Another role that simulators can play in supporting safe navigation is in scrutinising near misses or incidents in port. By being able to recreate an incident on a simulator, ports may identify a modification that would reduce the likelihood of it recurring, for example in the layout, procedures, or manoeuvring strategies.

Modifications made to ports for other reasons can also be examined using simulators to evaluate the impact on navigation. When developing systems, it is important that developers allow the simulation models to be altered easily to reflect changes to the layout, so that they can be updated. Inbuilt flexibility also enables scenarios to be tailored to the specific training needs of the tug masters and pilots.

As well as ports changing, ships evolve too – in design, size, and engine performance. For example, the current largest container ship can now carry more than four times the volume of its predecessors of 30 years ago. Simulations can also be used for examining the impact of ship alterations on manoeuvrability in port, environmental limits and towage requirements. This then leads on to evaluating what training pilots and tug masters will need, with the option of offering initial familiarisation training on the simulator.

The next wave of changes to ship design is expected to include the introduction of more semi-autonomous features, and simulators will need to adapt to those changes. Furthermore, the data that has been collected to build simulator systems may well play a part as an input mechanism for semi or fully autonomous systems. There are many issues still to resolve before fully autonomous large cargo ships could be commonplace at sea, but developers will be watching advances closely.

In the more immediate future, there are likely to be further improvements in ship and tug manoeuvring models, as processing power continues to grow. If Moore’s law, which states that processing power will double every two years continues to hold true, there will almost certainly be further advances in the detail in visual scenes, and models will be able to handle more complex data even more quickly. 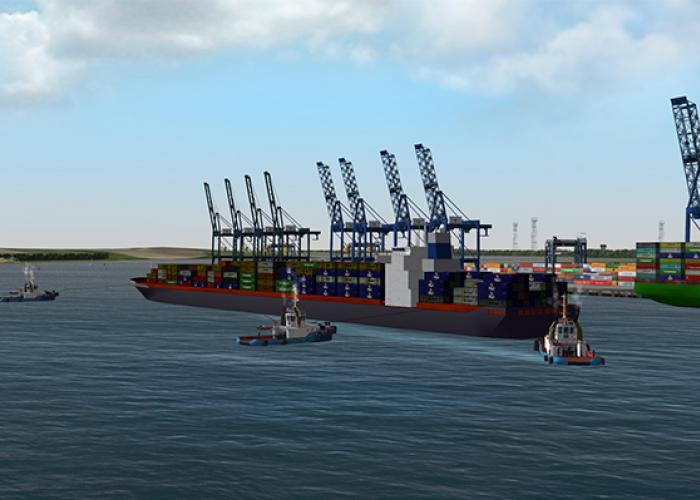 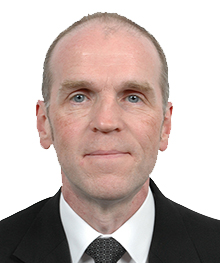