Endangered Thames eels to benefit from the latest science

Critically endangered eels in the Thames will benefit from cutting-edge new work, published this month in the journal ‘Ecological Modelling’, that sheds light on how the creatures swim up the river’s estuary.

A traditional London delicacy, the creatures now face even more pressing problems than fishing threats. However, scientists from HR Wallingford and the Universities of Southampton and Nottingham working with ZSL (Zoological Society of London) hope their new study will help conservation efforts.

The European eel is a mysterious and often overlooked creature. After starting their lives at an unknown location in the Sargasso Sea, near Bermuda, the eels drift across the Atlantic on oceanic currents and then navigate up the rivers of Europe, including the Thames, to feed and grow. The eels live in the river for up to 30 years before waiting for a stormy night in autumn to begin the long journey back to their spawning grounds.

However, since the 1980s, eel numbers have seen a decline of around 95% and have been placed on the International Union for the Conservation of Nature’s ‘Red List’. The drop in numbers is believed to be for a number of reasons, but one of the major problems in rivers is that eels are unable to migrate to their important freshwater habitats past hazards and barriers, such as weirs, sluice gates, power station intake pipes, hydropower devices and dams.

Demystifying how the eels migrate through the estuaries will allow both conservationists and engineers to design measures to support the recovery of this species of cultural and ecological importance. The new science can also help with selecting eel-friendly sites for new developments and to design low-impact infrastructure. The method can be applied anywhere in the world that eels are in danger from human structures such as tidal turbines, power stations and factories.

Dr Tom Benson, senior scientist at HR Wallingford explains: “To build the model we took information about the eels’ swimming habits, such as the fact that they follow freshwater and swim at different depths during the day and night, alongside information about the river, such as direction of the tide and the salinity gradient. We then checked the results against the actual numbers of eels caught in eel traps at Brentford Lock, which are monitored by ZSL’s team of citizen scientists.”

Alison Debney, Conservation Programme Manager at ZSL said: “We’re delighted that our information will help conserve this critically endangered species and help with the good management of our river systems.  Once again, our citizen scientists have helped shape cutting-edge science, in this case ensuring effective mitigation measures for eels, and helping humans and wildlife to coexist.”

Professor Paul Kemp of the University of Southampton, and the principal investigator on the Engineering and Physical Sciences Research Council (EPSRC) funded project said: "Vaccinating the Nexus" under which this research was conducted said: “It is really great that this interdisciplinary research, which involves engineers, mathematicians and biologists, is providing the information needed to help protect this species of high cultural and ecological value.”

Professor Markus Owen of the University of Nottingham said: “It was fascinating and great fun to work with Tom and the team to turn our understanding of eel behaviours and knowledge of river flows into predictive models. Exploring various assumptions allowed us to work out which combinations of swimming behaviour were consistent with the data from ZSL.” 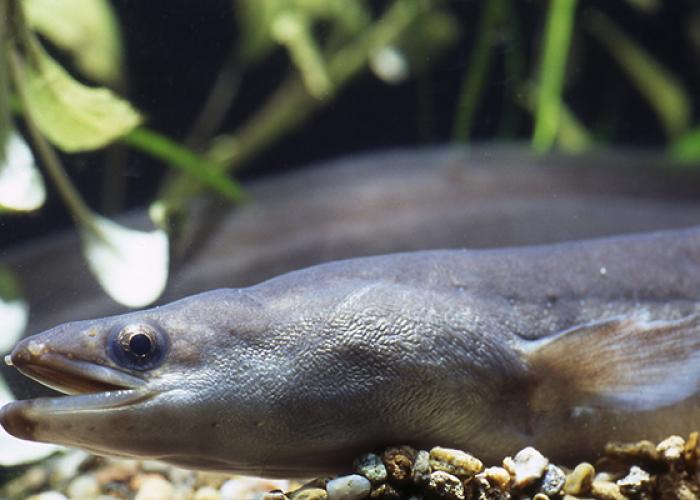 Is tidal power on a collision course with marine wildlife?
Contact us for more information