As part of San Antonio Port’s expansion plans, a cross-organisational team has presented its final report assessing the structural stability and port operability of the proposed new outer breakwater in Chile.

The report was the result of more than a year’s partnership between HR Wallingford and Instituto Nacional de Hidráulica Chile (INH), which together built and tested models representing a huge area – the 3.9km breakwater, a sub-marine canyon and the harbour.

The main objective of the study was to assess the structural stability of a breakwater to shelter the terminals. The modelling also tested ship motions in the new berths, which will enable the port to handle many more containers – a move of critical importance to Chile.

The project was also notable because of the level of collaboration. INH and HR Wallingford worked closely on the physical modelling work, using both organisations’ modelling facilities and exchanging knowledge between them. The partners also liaised throughout the tests with designer SENER, and the owner’s engineer PRDW, all contracted to Empresa Portuaria San Antonio (EPSA).

To run the tests, the team built a large 3D model in an HR Wallingford basin (75m long by 30m wide), which reproduced the entire length of the breakwater, plus a sub-marine canyon at its entrance and the existing harbour. It had to be built at a scale of 1:100 so that it could fit in the whole area. The model was used to test both structural stability and vessel movements.

“For the structural stability, we needed to make sure that the structure was sound, and withstand the challenging environmental conditions,” explained Maria di Leo, team leader at HR Wallingford. “We tested the stability of the main structural elements – the armour, the toe and the seawall. To do so, we measured the damage at the toe, the damage at the armour layer, and the overtopping rate. Before working in 3D, we conducted initial investigations in 2D, using two of our flumes, whilst another flume was used in a partner laboratory in Chile”.

The 3D model was also used to test wave agitation within the basin and vessel movement. The modelling team was tasked with checking that port operations could be carried out safely in the environmental conditions and local wave climate, for the proposed port layout and exposure, orientation and configuration of the berths. To do this, they tested and measured a number of parameters – wave agitation and vessel movement and calculated downtime.

A particular challenge of the study was to replicate the varied bathymetry which surrounds the port – the sub-marine canyon at its entrance, and rapidly changing water depths along the breakwater. This has an impact on the transformations of the waves as they approach the structure, and the team needed to exactly replicate that wave field. In fact, it pushed them to develop a novel system for generating waves at the boundary of the model.

The results of all the assessments were passed on to the designer, SENER, which is using them to optimise the structural design before construction starts. 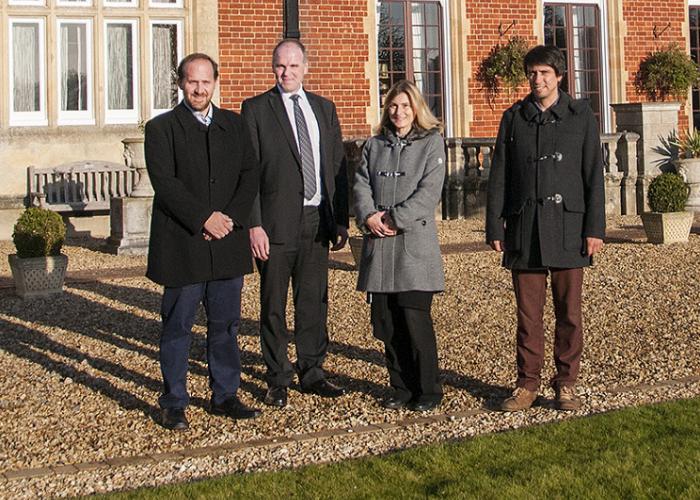