Predicting the impact of underwater noise on marine life

Underwater noise is increasing as human activities in the marine environment expand. Environmental Impact Assessment increasingly requires predictive modelling of underwater noise and assessment of the potential impact on marine life. HR Wallingford has developed HAMMER, an innovative modelling and assessment tool to investigate noise levels and the impact on species behaviour.

HR Wallingford worked with Loughborough University to develop HAMMER (Hydro-Acoustic Model for Mitigation and Ecological Response), an underwater noise propagation model which predicts noise levels at distance from a point source. The tool can also be used to investigate the impact of underwater noise on species behaviour. Further development of the tool is underway in collaboration with Bristol and Exeter Universities to determine behavioural response of fish species to underwater noise.

As underwater noise propagation can be affected by the depth of water through which the noise is travelling, as well as the sediment type the model takes into account the bathymetry and the seabed type of the study area.

The underwater noise model is setup using the physical information from the bathymetric data and hydrodynamic model with additional data relating to the specific noise source, e.g. piling, if available.  The model predicts the propagation of noise from the source point in a 2D vertical slice, which determines the noise levels throughout the water column in a line out from the source. The 2D vertical slices of the water column radiate out from the noise source generated in all directions and depths, covering a full 360 degrees. This allows sound maps of underwater noise to be created at the water surface at throughout the water column so that the noise levels can be understood and interpreted for EIA.

The impact of underwater noise on marine life is of growing concern as legislation such as the European Marine Strategy Framework Directive (MSFD) recognises noise a pollutant and an issue to be investigated for EIA.

Other parameters which can be included are temperature and salinity tolerances of the target species, schooling behaviour and swimming depth i.e. where in the water column are they found.

The combined modelling techniques produce more accurate ‘sound maps’ of predicted noise levels which can then be used to develop monitoring and mitigation plans for the development. The additional ability to predict a species response to the underwater noise enables questions relating to long term impacts and effects on populations to be investigated. 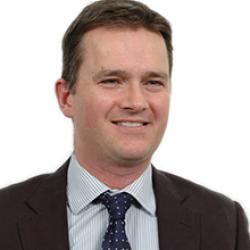