Sink or swim? How upfront research makes a big difference to the levelized cost of offshore wind projects.

As the offshore wind revolution gears up for its next phase, the sector faces a raft of technical and environmental challenges associated with building in the sea. Michael Case, a renewables specialist at HR Wallingford, examines some key areas for consideration and explains how the right research upfront can reduce the levelized cost of energy.

Last year’s progress report from the Committee on Climate Change (CCC) made gloomy reading, with net zero greenhouse gas emissions by 2050 looking like a distant dream. Given the urgent need to clean up our energy supply and the UK’s proven track record in offshore wind, the role of the industry is now critical. And with the Crown Estate about to put its offshore leasing contracts to tender as well as offshore energy prices reaching a point where subsidies are no longer required, the conditions are perfect for unprecedented growth in the sector.

So, there has never been a better time to look at how to reduce the levelized cost of energy.  There are three areas, foundation design, future-proofing and logistics, where upfront innovation can make a big difference.

Michael Case, a renewables specialist at HR Wallingford, examines some key areas for consideration and explains how the right research upfront can reduce the levelized cost of energy.

Foundation costs represent approximately twenty per cent of the total cost of monopile turbines, of which a significant proportion relates to scour protection. Minimising erosion (scour), protecting foundations and cables, reducing operation and maintenance costs and increasing the overall asset life are key to the early design stage of offshore developments.

The use of sophisticated hydrodynamic modelling, as well as physically testing equipment, gives developers a much clearer picture about how their wind farms will work in real situations, saves costs later and extends the life of the project.

The cost savings gained from understanding scour can reduce or even eliminate the need  for scour protection around the foundations.  In fact, savings usually hugely outweigh the cost of the upfront research. For instance, a recent study by HR Wallingford showed that for a development of 80 turbines scour protection costs could be reduced by £50k per turbine, resulting in a CAPEX saving reduction of around £4 million.

A recent example of this kind of research is the physical model testing of a potentially revolutionary new offshore wind foundation designed by Offshore Wind Logistics and Construction (OWLC), known as the Gravity Tripod. The company is working with Offshore Design Engineering (ODE), DNV-GL, Cambridge University, HR Wallingford and the Offshore Renewable Energy (ORE) Catapult to test and certify the new offshore wind foundation concept.

The gravity tripod is being tested using one of the world’s largest hydraulic facilities. Housed at HR Wallingford, the fast flow facility is 75m long x 8m wide and contains a 1m deep sediment pit. The flume has been specially equipped for the offshore wind sector and features include the ability to generate a unique combination of waves and strong currents, key to accurately testing scour protection.

Innovations for floating offshore structures are also well under way, with a variety of concepts being developed around the world. As technology moves on, so does the need to understand and predict the behavior of offshore floating turbines. They will be exposed to challenging marine environments where they will frequently be exposed to significant wave forces – so limiting the response to wave load is central to the development of such structures.

Taking into account the influence of climate change is also fundamental to the projects of tomorrow. The latest in computational and physical modeling allows developers to create risk-based designs that account for future storm conditions.

There are a variety of ways of future-proofing floating structures. For example, recent work at HR Wallingford, in collaboration with the US-based Coastal and Hydraulics Laboratory, (CHL) developed a toolkit to optimise the design of floating renewable energy devices. This was achieved by accurately simulating how floating structures respond under realistic sea conditions.

Decommissioning is another important consideration when it comes to projecting levelized cost of energy. The latest guidance from the Crown Estate stipulates that all new offshore wind developments, including the foundations, must be totally removed at the end of their life. Contracts may be won or lost on how easy it is to remove foundations. More modelling work is needed to find the most cost effective ways of doing so.

Port operations are crucial to new developments because wind turbines and supplies will have to be successfully shipped, installed and maintained. State-of-the art port operations software can now solve logistical headaches and reduce operating costs by  optimising the planning and design of marine logistics operations, terminal layout and storage requirements.

For instance, the PortOps system has been adapted to model renewable projects. Assembly can now be modelled against the speed of transport to offshore sites and the time taken to install them, with likely weather windows built in. The model’s flexibility also enables further optimisation by allowing changes to sensitive parameters such as the number or size of installation vessels and dockside storage space.

In conclusion, offshore wind in the UK is poised to take renewable energy by storm. The areas highlighted here are just some examples of the kind of innovation to be seen across the sector. One thing is for sure, reducing the levelized cost of energy will make the difference to whether future developments will sink or swim.

Having worked on over 90 per cent of the UK’s offshore wind fleet, HR Wallingford has built an enormous wealth of knowledge of the UK coastline including numerous, validated, hydrodynamic and environmental models.  This, combined with our independent ownership, and freedom from any direct regulatory role, means our advice is trusted by stakeholders and industry to be impartial and evidence-based. 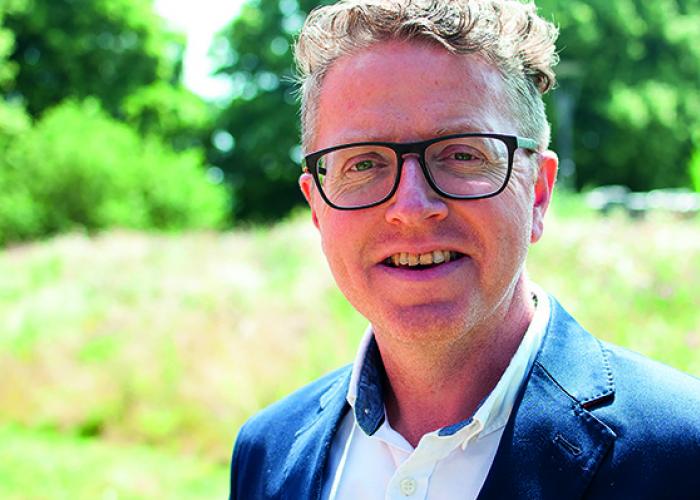 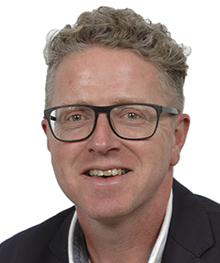